React To It At Your Leisure

There are people I've known for close to a decade who've had the same projects in the works, out of the public eye, for the entire length of our acquaintance. I'm a programmer. These folks are programmers. Our personal projects suffer from both the insidious nature of busy, and because our tools are, by their nature, moving targets. There's always a better way to do something if you wait and do it in the future. We endlessly rebuild and rethink these labours of love, fretting over buried details that will be inconsequential to those with whom we're ultimately trying to communicate. The cobbler's children go barefoot, and all that.

In the span of time I've spent overthinking what form Some Party should take, Daniel Romano released at least five records. Perhaps more, if you count both this solo efforts and his power-pop band Ancient Shapes. From one record to the next the Welland-native shifts genres fearlessly. As a listener it sometimes feels like you're studying the history of pop music and you just skipped a lecture. The last notes you scribbled were on the American folk revival, and suddenly it's the early 70s and everything's lush and druggy. Styles and influences change, but what remains constant is that the artist ultimately committed to what they released. You don't analyze much half-hearted, unsure music in music history class. You certainly don't talk about all the songs written but never recorded. The half-starts. The non-starts.

Some Party is a weekly newsletter about Canadian rock'n'roll. I'm committing to that. Whatever it may become one day is inconsequential. We may not be big, but we're small.

Romano calls his sound "Mosey" music (naming his last album after it), and Modern Pressure further refines and defines what that sound is: a manipulation of genre and form; intricate layers and wild arrangements; the kinetic energy of inspiration and creativity. The history of popular music is malleable in Romano’s hands, and he crafts songs that are both familiar and challenging.

"Both familiar and challenging" is what I'll shoot for here as well, and I hope it \trends towards the latter as I find my groove. I've never felt more useful in my 16 years at Punknews.org then when I was enforcing my own incessant Cancon quota, covering the releases from Stomp, Mint, G7, and Three Gut in the same stream that people were reading for the latest Fat Wreck news. To my delight the amount of cool stuff going on in Canada recently has demanded the scene's attention without my help. Even as I've slowed my daily contributions, bands like Pup, The Dirty Nil, The Flatliners, and Fucked Up have become fixtures.

As I rethink my place in all of this, I see the value in approaching independent and underground music with an eye on geography rather than genre. The journey from the early pop punk of Attack In Black to Daniel Romano's country records through to whatever he decides comprises "Mosey" is a fascinating one. The solo efforts of his bandmates Spencer Burton and Ian Kehoe are equally compelling, but it all falls outside the Punknews umbrella. How about the fact that Attack In Black's drummer (and Dan's little brother) Ian is now playing hardcore with Toronto's Career Suicide, or that Career Suicide also now features Dallas Good of alt-country legends The Sadies? It's too much! It's just too cool! It's too interesting as a narrative and that narrative will only get the space it deserves if the genre focus is "Ontario," or more broadly "Canada."

Some Party's going to pull on some of these threads and see where they go. I'll do this while sharing some of the new sounds emerging from across the country. A weekly newsletter feels like the right speed, so that's where I'm starting. Let's get to it. 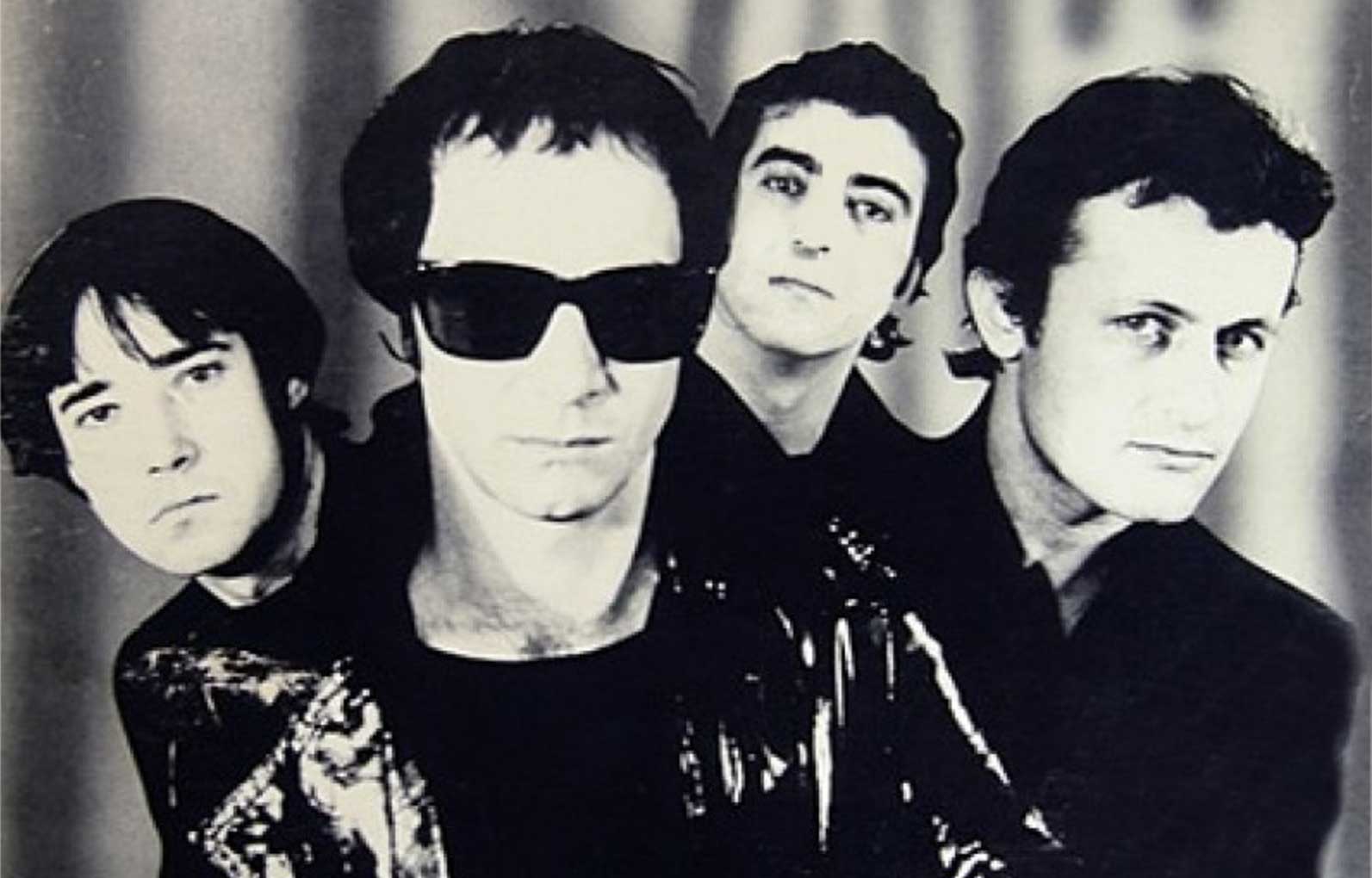 Not Them! Not Here!

This past week saw the loss of first-wave Toronto punk veteran Freddy Pompeii. The Philadelphia native's late 70s stint as guitarist for the notorious Viletones and later frontman of The Secrets left an indelible mark on the city's emergent alternative music scene. There's a nice career summary and some great photos by Don Pyle over at NOW Toronto that you should absolutely devote some time to. It's worth revisiting his 2015 chat with Damian Abraham on the Turned Out A Punk podcast as well.

Of course this past week also saw the loss of Soundgarden's Chris Cornell. While a great deal has been written in the past few days, take a few minutes to read the piece by Greys' Shehzaad Jiwani at Hazlitt. It speaks to the questions posed by the mental health aspects of Cornell's death.

At least you landed it

Toronto's Soupcans released one of the coolest, loudest, and sludgiest noise-punk records in recent memory with Soft Party but the band's been seemingly defunct since. They are up to something though, dripping hints on social media pointing to their website. A date hidden there says "May 23rd" so we may learn more in the immediate.

Noisey premiered the song "Exo," a synth-pop track from the the Toronto electronic act Bad Channels. It's got that dark 80s feel that's currently in vogue and is slated to appear on their new EP for Buzz Records, titled Lost Time I.

TO party-punk act Pkew Pkew Pkew participated in an Audiotree live recording. The band ended up performing each and every song from their recent self-titled full length for the session, which is on video and available for purchase.

A recent episode of the Canadaland podcast featured guest host Omar Mouallem leading a roundtable discussion titled "Why Your Rap Lyrics Could Land You In Prison." His guests, which included criminologist Adam Dunbar, sociologist Jooyoung Lee, and lawyer Hilary Dudding, discussed the legal line between artistic expression and admission of criminal activity. They consider the history of court cases in Canada and abroad in which a rapper's lyrics have been a factor in the courtroom, and both the racial and socioeconomic implications that result. It's fascinating stuff.

Vancouver's Needles//Pins have unveiled "All The Same" from their upcoming full length Good Night Tomorrow. It's growling melodic punk rock track that anyone who grew up in the EpiFat 90s should dig. They band's slated to be part of a Mint Records showcase at this June's Ottawa Explosion alongside the reunited Smugglers.

The Flatliners' Chris Cresswell was interviewed on Mark Fraser's Glasgow-based podcast The Curator about the band's new record, label, and evolving sonic direction. Count me as an early skeptic of Inviting Light but it's been in near constant rotation here as I wrestle with it.

Finally next Sunday (May 27th) is once again Drone Day, with events celebrating and creating long-form ambient music taking place across the country. The Day is the brainchild of Weird Canada's Marie LeBlanc Flanagan and the individual events are community organized and likely to be quite varied, improvisational, and participatory. It's something to experience even if you regularly prefer your music to have, you know, some semblance of rhythm and structure.

Thanks to the folks at srcvinyl for sponsoring this first month of the Some Party newsletter. I've known Danny and Jenna for as long as I've been involved in music. The scappy internet radio station they used to run was a constant companion when Punknews was young. Check out their online record store at srcvinyl and their physical locations in both Toronto and Niagara Falls.

Subscribe today and find the Some Party newsletter waiting in your inbox once a week. React to it at your leisure.