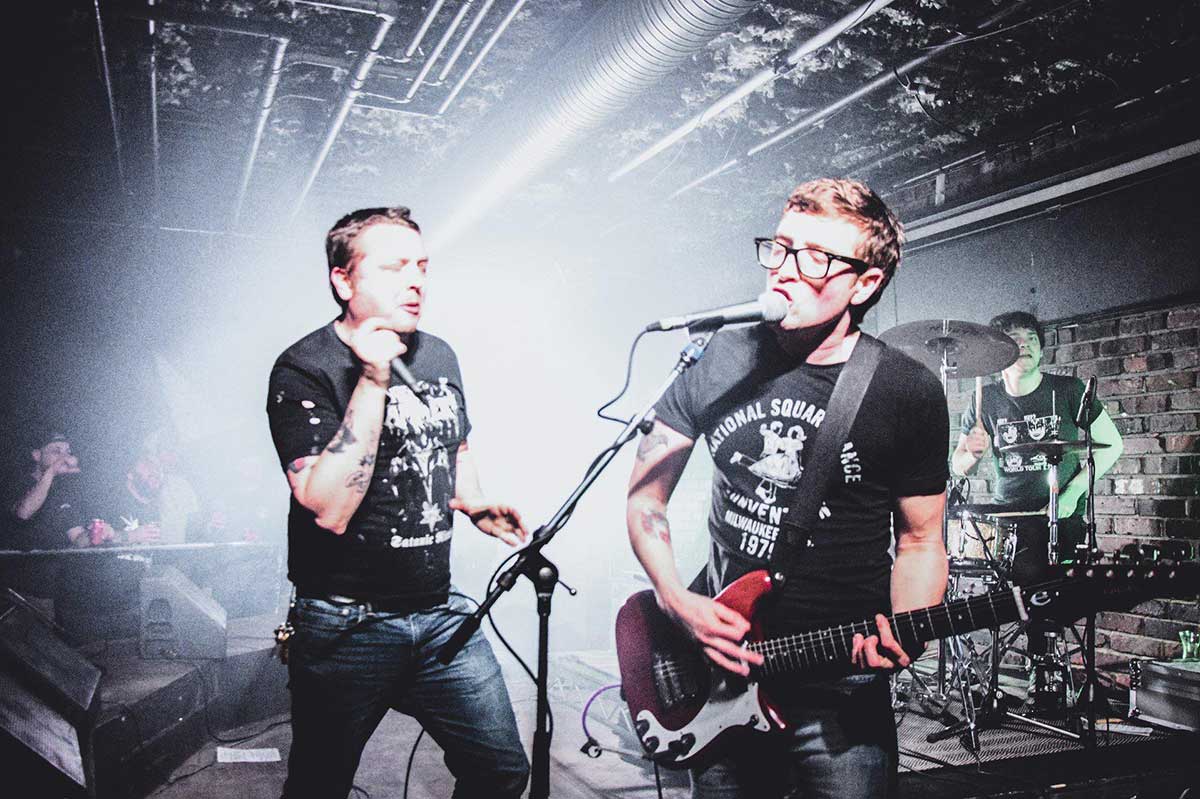 The last few weeks of August are a cruel crawl. On paper, summer may extend well into September, but I don't believe it. It doesn't feel like it. I can't shake the rhythms of high school, no matter how far I lumber into adulthood. The fun may not be over, but I can feel the weight of responsibility creeping up over the horizon. Expectations loom. Sharpen your pencils. Submit to the relentless march to normalcy.

The last day of this particular August brings with it 14 Lashes, the debut full length from Vancouver punks Chain Whip, and it violently rejects that premise. 14 Lashes doesn't just push back against the late-summer doldrums, it thrashes. It careens. It rejects the coming drudgery at a speed that's just fucking irresponsible.

14 Lashes finds Chain Whip dumping the toybox of 80s hardcore to create a glorious mess that couples the speed of California's pioneers with the sneering fight of the UK scene. The band features Josh Nickel of the recently defunct Fashionism on vocals, Joel Butler of Nervous Talk and the Corner Boys on guitar, Brett Thompson of Stress Eating on bass, and Patrick Bertrand of Corner Boys on drums. Nickel and Bertrand respectively run Neon Taste and Hosehead Records, and their efforts championing the sound and style of classic punk rock have been tireless. That love of the genre and its history bleeds through to this band, but there's no nostalgia here. Chain Whip is simply too alive to be discounted as a tribute act.

I'm thrilled to bring you one of the final previews of 14 Lashes before it hits the streets, the blazing fast "Crawlspace Boyfriend" (all 58 seconds thereof). Here's what Josh had this to say about the track:

"I read a news story about a 14-year-old girl that had her 20 something-year-old boyfriend living in the attic of her parents' house. I figured the only thing creepier was if you had your own stalker living in your attic and had no idea. Is it a real threat? Play the housing crisis out to its logical conclusion, and let's see I guess."

14 Lashes arrives digitally on August 31, with the band pressing vinyl themselves through their Chain Whip Records imprint and Sabotage Records handling the European release. In North America, you can snag a copy through the Neon Waste store.

The band will launch 14 Lashes with a release party at Vancouver's SBC Restaurant on Saturday, August 31. Kamloops' Bootlicker (for whom Josh now plays second guitar), Edmonton's Creeping Chill, and the new Chilliwack group Cheat (members of Nic Fit) will join them.