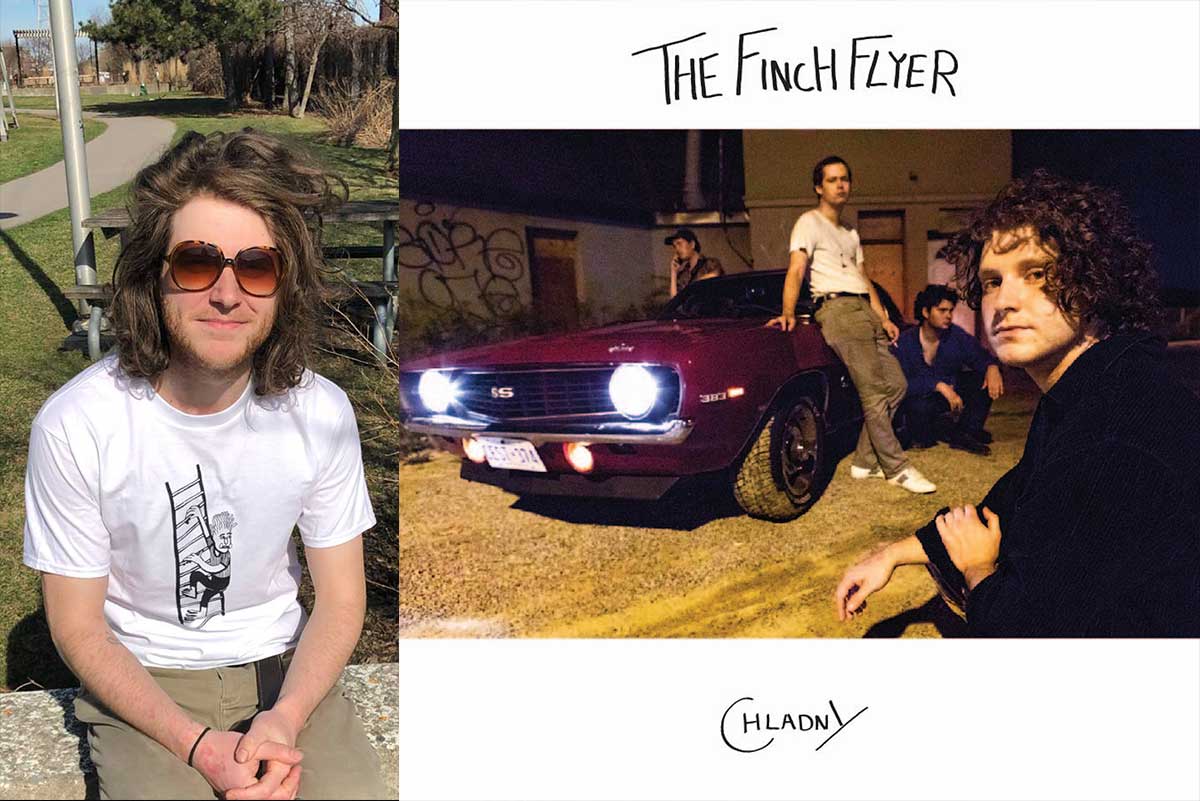 Toronto's eclectic folk-rock outfit Chladny draws together members from some of the city's weirdest and wildest groups. On the band's expansive new full-length The Finch Flyer you'll find contributors who've played with to the No Wave chameleons Luge, the low-fi roots rockers of Hobby, and the buzzing dream-pop act Tallies, not to mention some thrilling hyphen-punk records from Westelaken and WLMRT. "Scheduling practices can be rough," Evan Chladny admits when summing up his collaborators' number of active side-gigs, "but they're making it work."

The scale tips towards punk rock on that collective resume, and while Chladny keeps it less aggressive on average, a sense of wild adventurism still comes to the fore on their varied and eclectic new LP. While Evan clearly holds the Bonny Prince Billy, Van Morrison, and Elliot Smith in high regard, his arrangements never loses a sense of play while following in such artistically serious footsteps.

Indeed the joys of The Finch Flyer are truly found in how fearlessly it shifts gears. There's little common ground between the loose garage rocker "Whoah" and the jangling soundscape of "Time Traveller's Waltz" but the contrast makes them all the more thrilling together.

After 10 songs The Finch Flyer closes with "Sex," a slack-rocker that instantly reminds me of that first album from the beloved Vancouver outfit Ladyhawk. Chladny's breathy vocals float over some comfortingly lazy opening licks, giving it a cool Sunday morning vibe that you can wrap yourself in.

I'm excited to be the first to share the "Sex" video with you today. Evan broke down the visual narrative for me:

"Watch Tobias Lopez navigate two very different relationships - a new friend and an imaginary one. Just as he's getting comfortable, his new friend disappears mysteriously. His imaginary friend (Chladny, as a dancing spaceman) guides him on a quest to find her. The Finch Flyer is aiming to make you laugh and cry in equal parts. It's like having a new experience with a very old friend. You can probably find a couple feelings you forgot about in this one."

The band will play an LP release show for the album tomorrow, Saturday, May 4, at the Baby G in Toronto backed by Kaleidoscope Horse, WLMRT, and Your Grandad. It's part of the Redeemable Screwball Revue showcase presented by CLASS. Comedians Che Durana, Michelle Coburn, Patrick Ronan, and Jordanne Brown will also perform. You should probably be there.