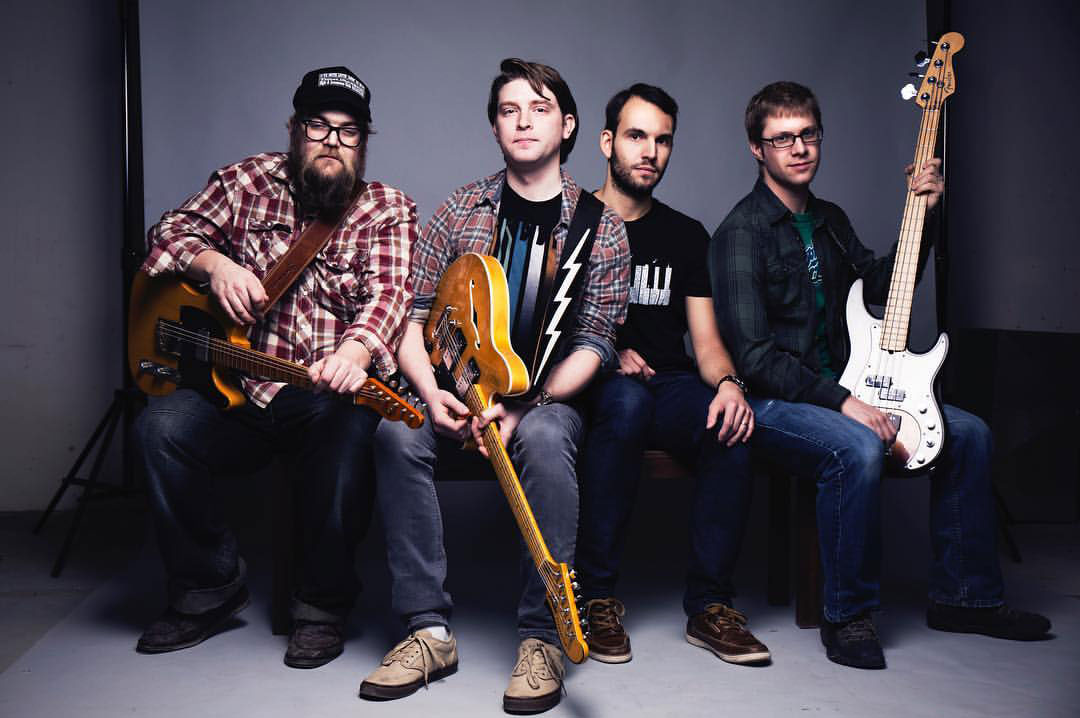 They've self-described themselves Winnipeg's nerdiest rock band, but you've got to qualify that. It's a fraught label. There's some blurring between nerdy and geeky that in today's pop culture implies adolescent nostalgia, that insufferable reference-heavy cartoon-core that'll drive people to theatres for Ready Player One and the like. This isn't that. Colour By Numbers are nerds for 90s alt-rock, telling upbeat, riffy indie-rock tales through a lense of early Weezer, They Might Be Giants, and the Presidents of the USA. They're earnest guitar-pop nerds on the same trail that Sloan blazed, and there's nary a laptop or anime reference in site.

Of course, if you dive into pop music nerdery it's only a matter of time before you find yourself writing a rock opera, and that's exactly where Colour By Numbers' passions have landed them. Today I'm premiering "Thaddeus," the central theme for the band's upcoming opus. Bass player Alex Kozub commented on the track:

"Chronicling the misadventures of its eponymous protagonist, “Thaddeus” is the theme song of an upcoming rock opera written by Colour By Numbers. The opera details the goings-on of a young man trying to make a name for himself and break into the Winnipeg music scene. It is slated to be released as a record and performed on stage in 2019."

"Thaddeus" is a tune that shamelessly caters to my particular geeky passion: Canadian place-names in song. In the opening verse of you'll hear mention of both Higgins Avenue and the Disraeli Freeway. It's perhaps the most aggressively Winnipeg song since "One Great City," but far less dour. The live recording of "Thaddeus" you see here was recorded live at the Recorded live at the Good Will Social Club on February 25, 2018.

Colour By Numbers is a quartet featuring Kozub along with guitarist Jared Adams, drummer Mike McDermid, and multi-instrumentalist Jesse Millar (guitar, synth, percussion). Everyone takes a vocal credit in the band as well. They last released an EP titled Among The Stars in 2017, which you can find at Bandcamp.