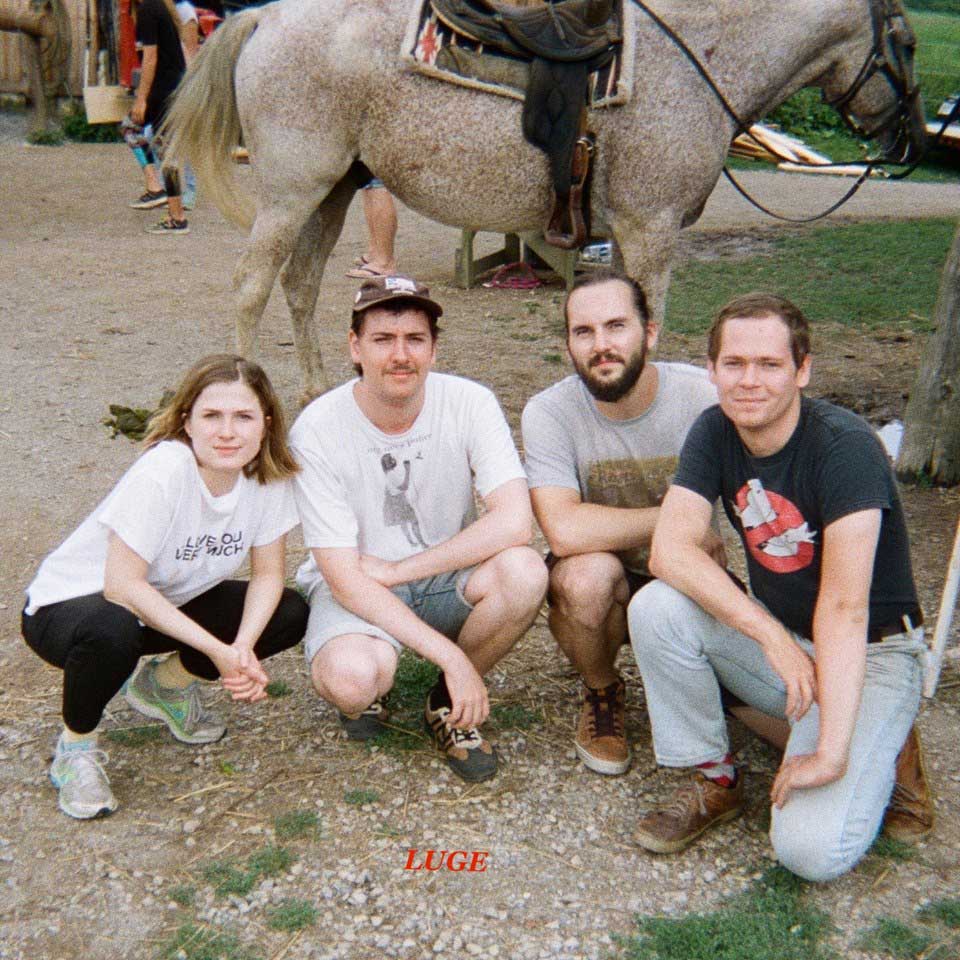 While Toronto's Luge toy with the familiar, what they create is anything but. The four-piece deconstructs rock songs. They peel apart tired and true structures, recombining them into something that's fascinatingly off. 2018's Tall Is Just a Feeling jerked from moments of abrasive punk to angular No Wave, flipping at random from fleeting moments of perfectly hooky pop to oblique, bass-driven art-funk. There's a moment on that record where Luge serves up a riff that's, bewildering, a little bit country. The second your recognition kicks in though, they careen off in entirely opposite directions. The results were often weird, and intentionally so, but all that misdirection was incredibly compelling.

It's been nearly a year since that LP, and the group's now returned with "Up & Up," a new single that picks up where Tall left off. Some Party's honoured to premiere the video for the track, a clip that takes its cue from your dusty old Nintendo. The setup should feel familiar, and indeed bands have been drawing from the well of millennial nostalgia with increased frequency. However, this is Luge, and the rhythm you expect is never what you get.

When PUP played this card to viral success, they went for the thrill of recognition, throwing as many clever references at the viewer as possible. New Cancon supergroup the Anyway Gang went saccharine with their recent take, the entire affair dripping with 90s-kid sentimentality. Luge, being Luge, lulls you in with the familiar but quickly go askew. Staged like a classic fighting game, the "Up & Up" clip spends the brunt of its running time on the character selection screen. The viewer waits while the unseen player methodically wanders through characters and costumes. The action's an afterthought. It's the choosing that's important. The mock gameplay only really commences in the video's final third, and even that can't be what you were expecting. The pacing almost hypnotically tosses your expectations, which is very fittingly Luge.

The band commented on the clip:

"'Up & Up' is our latest single that combines all the spices on the rack. It is a narrowing tunnel that fills with illness and textiles. The song manifested from the digital realm and, consequently, inspired the video. Our ambitious idea of an old school video game aesthetic was brought to fruition by our close collaborator Isaac Roberts. His visual prowess helped us make the best of a makeshift green screen and second rate actors."

"Up & Up" was recorded by Stephen Pitman (Tallies, Chladny) at Dining Room Studios. Jackson Willows mixed and mastered the track. You can pick a digital copy of the song up Bandcamp. Luge is Cam Fraser, Kaiva Gotham, Tobias Hart, and Stu Mein.