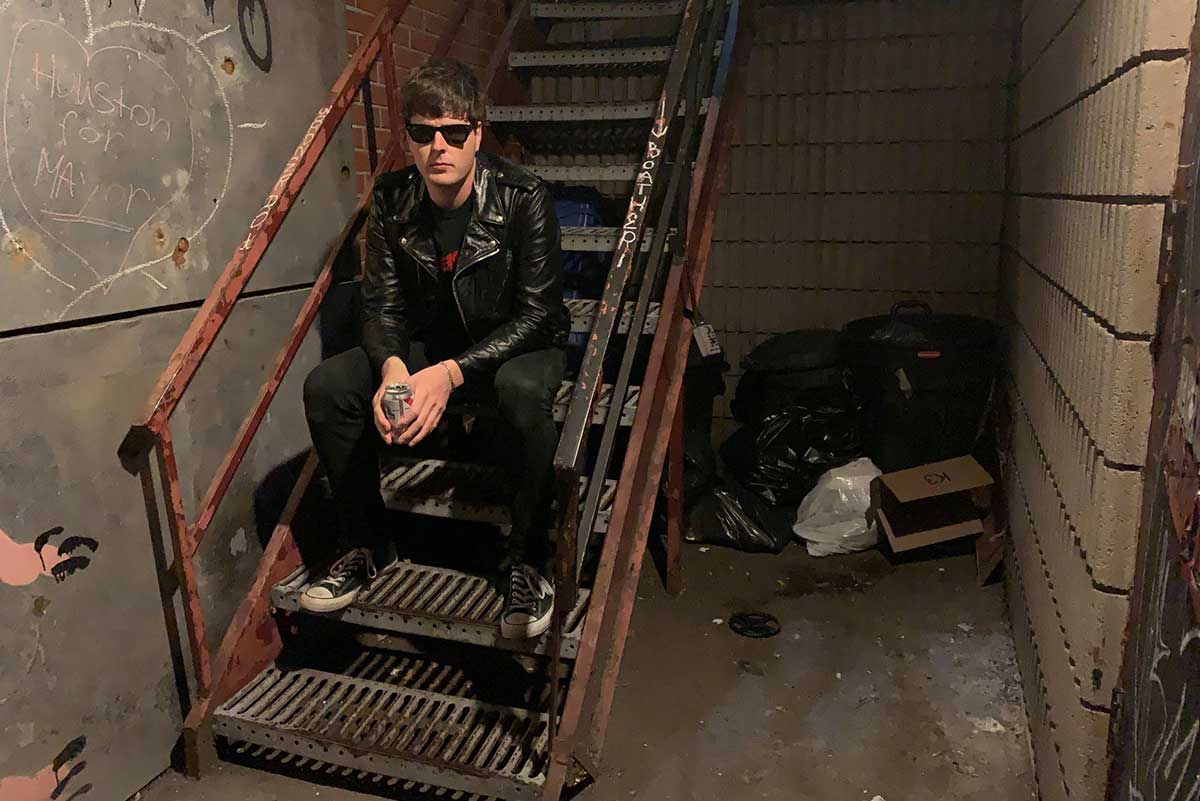 Matt Ellis - DMT is Good for Me

I'll admit I'm envious of Matt Ellis' descent into lockdown madness. Binging Ramones records while you're stuck in isolation seems like a perfectly reasonable way to pass the time - but what to do when you've worn that vinyl thin, and there's no new normal on the horizon? How do you cope when the virus takes the coolest local record store and kills the lights forever at the dive you've played a hundred times? Do you callously break quarantine like some boomer on Facebook? Do you bust out the Dee Dee King album? Hell no. When there are no more Ramones, you become the Ramones. When there's no safe way to get the band together, you are the band. And when there's no way to get to the studio, you make one in your goddamn bathroom while sincerely hoping that your family understands that you're going through some shit.

Over the 2020 isolation era, Matt Ellis crafted four EPs of snotty, low-fi Ramones worship from his Hamilton home. The series began in April with High Risk Assurance, followed in May by Stays Home. Halfway to Insanity arrived in June, with the series wrapping that July with Never Was, Is And Never Shall Be. Those demos provided the stir-crazy bedrock for what would become Full Moon Fever, an 18-song cry for help that's since escaped the digital realm - out now on vinyl from Italy's Surfin' Ki Records. I'm thrilled to share with you Matt's video for the record's lead track: "DMT is Good for Me." Befitting the record's pragmatic origins, the clip finds Matt back where it all started. Ellis tells me:

"Forget your job, forget this awful world, pack that pipe and blast off to outer space. The video was filmed on a cell phone camera in a bathroom, with beer and $10 worth of tinfoil. It's never too late to decide that you don't want to grow up."

The inescapable gravity of da brudders notwithstanding, Ellis' devotional love his southern Ontario forebearers is on full display here: from Teenage Head to The Vapids. Full Moon Fever suitably features Jimmy Vapid drumming on most tracks, with Curtis Tone of Toronto punks School Damage lending a helping hand on several others. Percussion aside - everything else is Ellis - bouncing off the walls between the shower and the toilet.

"The song's pushed by buzzsaw guitars and cynically optimistic lyics. With a smile and a wink, I know it ain't all bad - but it sure ain't alright. Pack that pipe one more time and crack another beer!"

You can snag a copy of Full Moon Fever now through Bandcamp or Surfin' Ki.

Before we got into this mess, and presumably once we're out of it - Matt sings and plays guitar for the Hamilton proto-punk revivalists Flesh Rag and the Toronto outfit PlasticHeads. He also serves in the modern-day incarnation of The Vapids.