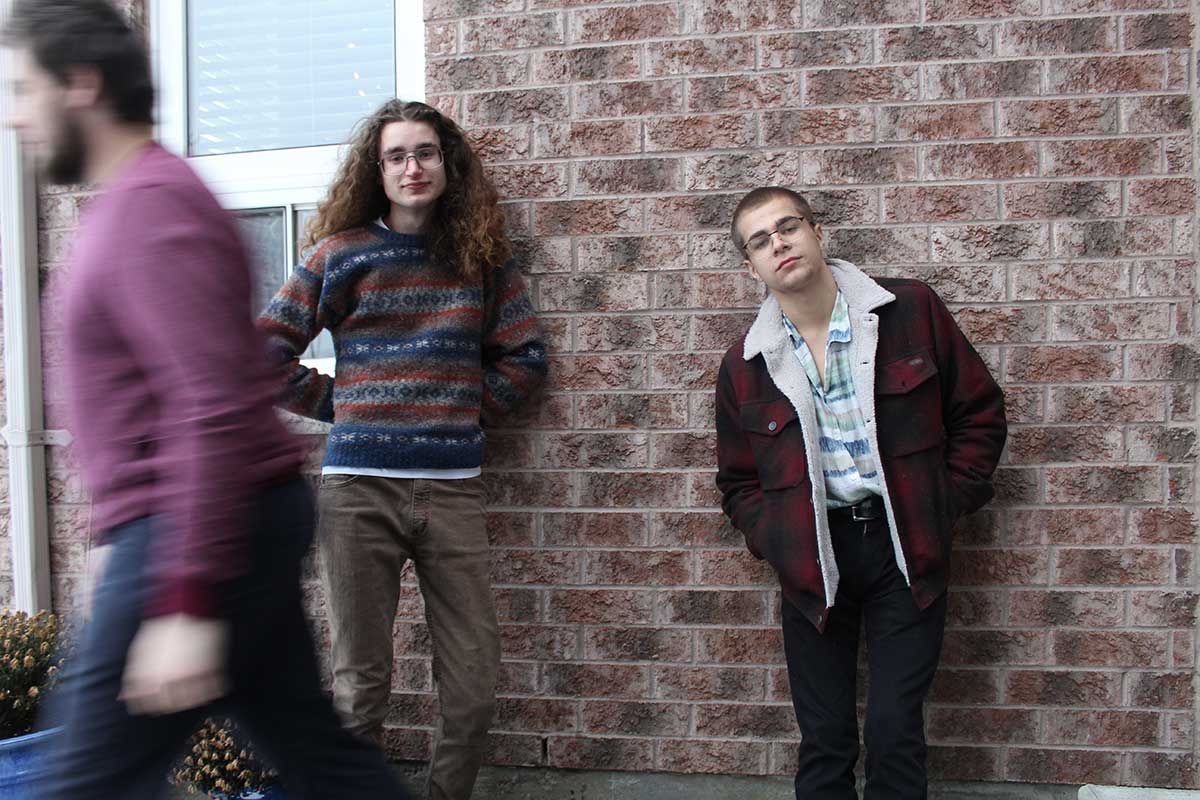 Mississauga's eclectic noise-pop trio Mildew Mildew have joined forces with Toronto underground rock label Art of the Uncarved Block. On March 1 the label will release a cassette that combines songs from the band's two new EPs, Double Doors and Different Floors. Here's what the label had to say about the unpredictable group:

"Mildew Mildew fearlessly creates songs that unravel like stories; their structures being both dynamic and deeply colourful as they unfurl... These sessions were a result of work made at an unflinching speed and creative fury, leaving listeners to wonder if these songs weren’t actually summoned by some greater artistic force. Albeit drastically unique in their form, Double Doors/Different Floors is not a far cry from the spastic and borderless creativity delivered by the early releases of Modest Mouse and Built to Spill, or the trademark rhythmic tension seen in the carefree demeanour of Pavement’s percussionists. While effortlessly dusting off the cobwebs of indie rock, Mildew Mildew have begun setting themselves apart as innovators poised to deliver songs that are both reassuringly spry and fiercely exciting to a new generation of listeners."

Here's your first taste of the new EPs with the song "Ketchup Chips" from the Different Floors set. Nolan left us a note calling the song "a panic-fuelled confession, sort of, and is about not caring what other people think." This is one of those trackså that looks wild just from the peaks and valleys of the SoundCloud waveform. With a satisfying whoop, a frantic spoken word intro turns suddenly into a groovy slacker rock number, with notes of the above-mentioned lo-fi heroes Pavement and even some 90s-heydey Beck creeping through.

The tape's release show will fittingly take place in the storefront of Toronto's Dupe Shop on March 1, with support from Pour Toi and Teenage Green Bean. It's an all-ages, pay-what-you-can affair. Art of the Uncarved Block has the limited quality, handmade cassette up for preorder now.