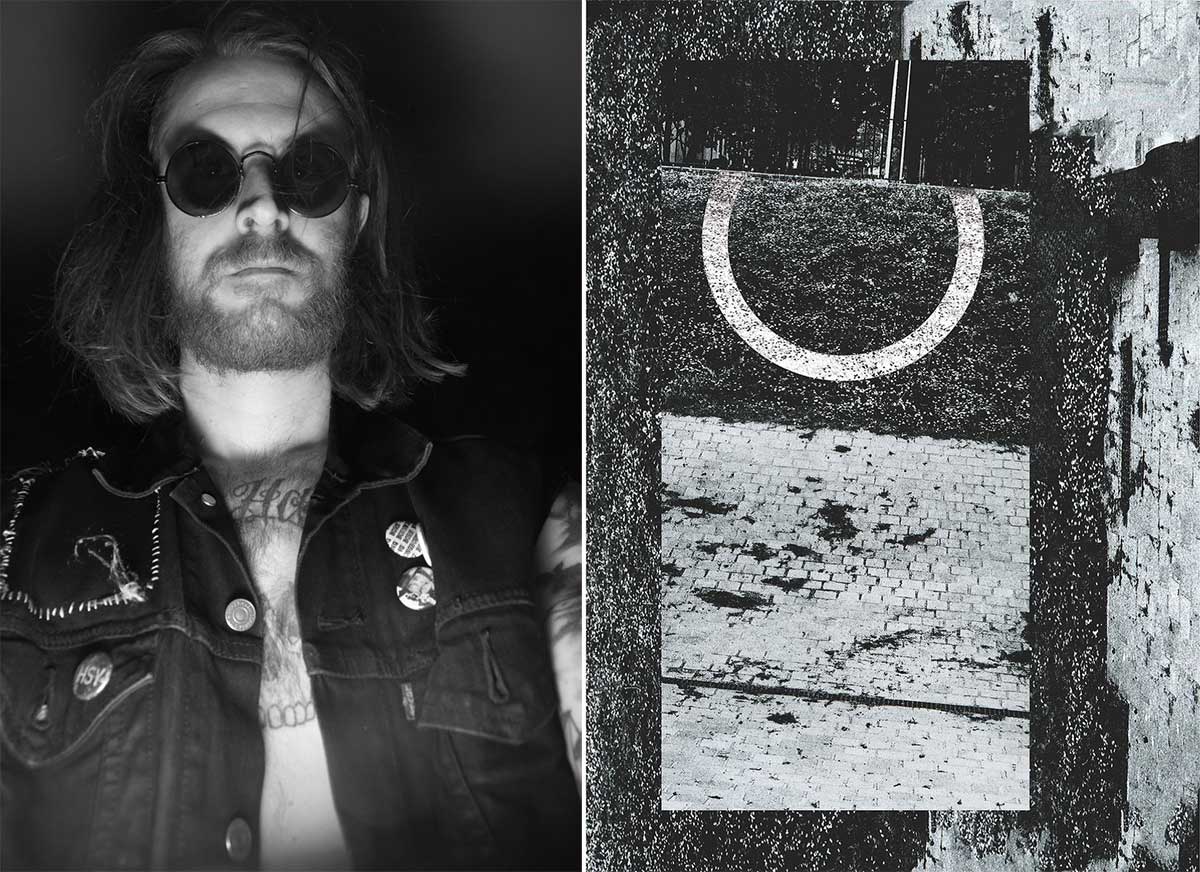 It sometimes seems that Matty Menard's the common denominator of the Windsor punk world. Every time I've stumbled upon a band from the border that's playing some wild, gritty variant of rust belt punk rock, I'll inevitably find Matty's name in the credits.

Take Psychic Void, who's recent full-length Terminal Vacation was one of my favourite jams of 2018. They've concocted a menacing mix of psych-rock and early hardcore. Think Greg Ginn riffs with spaced out reverb. That four-piece features the searing vocals of Jesse Knight, guitarist Josh Kaiser, drummer Pete Garant, and Matty holding it down on bass.

Menard steps out in front with the aggressive Brain Itch, where he's on lead vocals and guitar. That band released an unrelenting 5-song tape last winter, flexing the attitude of street punk and big hardcore breakdowns over a 10-minute runtime.

With guitar, bass, and vocals all accounted for, that leaves the drums, and you'll find Menard behind the kit with Windsor's Disco Assault. The veteran punk act's been churning out raw hardcore for more than a decade, proudly paying homage to that unmistakable Regan Era sound. Disco Assault put out a digital set earlier this year titled Live At The Elephants Nest, recorded at a show in Chatham, Ontario back in 2009. Here's a throwback to Menard on the skins for Disco Assault, with the 2013 Religious Kontrol EP:

Then there's No Fix, the low-fi punk act that's nearest and dearest to whatever madness must be thrashing around in Menard's psyche. Last year No Fix put out three songs that authenticity struck right at the heart of late 70s punk. Those tunes will be followed soon with a brand new tape of demos titled Toxic Adult. You can hear one of them, the rhythmic "Barriers" below. It thumps along over with an eerie sci-fi vibe that fans of The Spits should lose their minds over. Here's what Matty had to say about the project:

"No Fix has been an important outlet of mine for quite sometime now, It's like some sort of therapy. Life is fucking weird and it all builds up on ya sometimes... I look forward to the ritual of making demos. I've been involved in multiple projects at once for a long time now and as much as I love playing with friends and creating collectively, it's nice to have something that's all me, for me. More to come, Stick around."

Look for the Toxic Adult Demos on March 30 at Bandcamp.