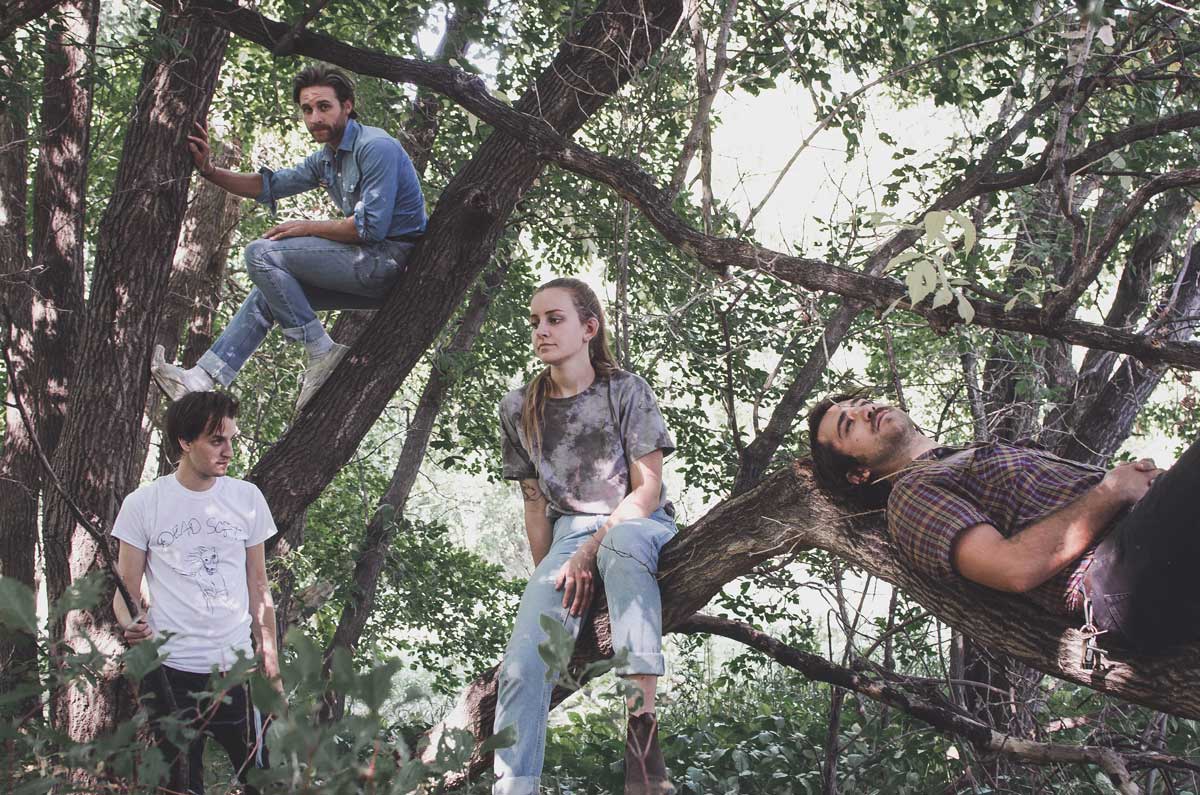 By luck or some curse I've been stringing along the same iTunes library I created back in 2003, replete with quirks in the data from an era when tagging your music was both a source of therapy and a point of pride. One curiosity that persists to this day is the dominant presence of a made-up genre I named "Rust." While unacknowledged by the rest of the world, this was my way of rationalizing an aesthetic. The early 2000s saw a cohort of Canadian rock bands emerge from the punk tradition to embrace Americana in various ways. In my Rust library you'd find records from the Guelph's Constantines and the extended Three Gut family, from Jim Guthrie and Royal City to Oshawa's Cuff The Duke. The Weakerthans were Rust. Attack in Black were Rust. This genre encompassed everything from the weird later records of The Deadly Snakes to the cool atmospheric FemBots and the drunken fervour of Jon-Rae and the River.

Rust. As in "Never Sleeps."

It implied that the artist was drawing as much from The Band and Neil Young than they were The Clash or Replacements.

While it's a certainty that Winnipeg's R U S T O W L has never been privy to the mangled ID3 tags of my collection, they'd fit within it perfectly.

This is a band formed in the wake of a tragedy, with guitarist Garrett Iverson and drummer Jory Strachan picking up the pieces from their post-punk act 1971 after the 2017 death of founding bassist Cameron Glen Cranston. After road-testing R U S T O W L as a two-piece, they rounded out their lineup with bassist Robert Reimer, organist/fiddle player Jensen Fridfinnson. The band's set to release their debut EP, a self-titled effort, on March 23. It was engineered and mixed at Winnipeg's Collector Studio by J Riley Hill and mastered by Jamie Sitar of Out Of Town Sound.

Last week the group premiered the rollicking "Hibernation" over at The Manitoban, and today Some Party is proud to share with you the affecting, rootsy slow burn of "Awkward Age." This track features a guest appearance by Rory Verbrugge of The Ruckus on pedal steel.

These songs are paired with two others on the EP, which will arrive via the Transistor 66 Record Company with a limited cassette run to be made available by Birthday Tapes. R U S T O W L will celebrate their arrival with a joint release show at Winnipeg's X-Cues Cafe on March 23 with indie-pop act Housepanther.

Well they round up the herd, telling stories that they never learned of a world outside of themselves. Always told to have a voice, but not much longer will they have a choice, because experience, it comes with age. Years, that is the only line between you and I. Do you know it's clear? The young have no fear.

Now my days are forever cold. Love is gone, and it's always sold. And I find myself growing old. And I cannot recall no memory at all of our so called awkward age.

Years, that is the only line between you and I. Do you know its clear? The young have no fear.