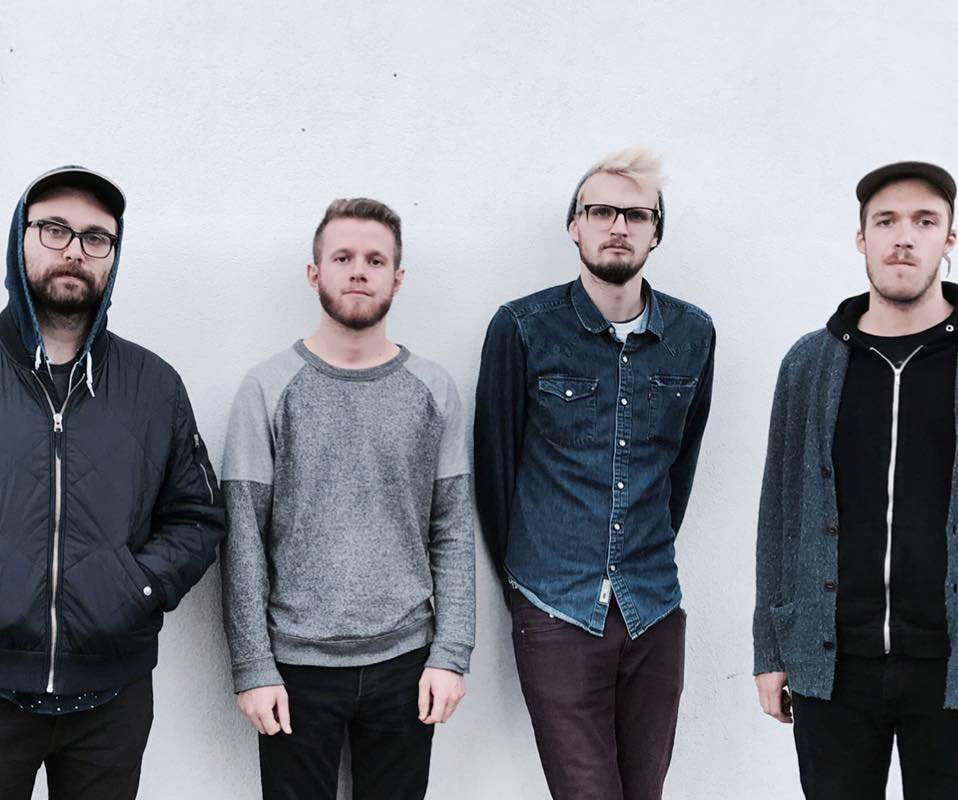 Somersaulter - Music to Talk Over

Toronto four-piece Somersaulter insist they're fucking up. Their press release revels in their penchant to repeatedly make the wrong strategic decision, at least where it concerns their viability as a band. This self-criticism is, of course, armour against insecurity, and at least from a sonic perspective, it's one that seems wholly unnecessary. Music to Talk Over, the band's first EP after a series of singles (and a split with Mississauga's Peace Be Still) is a confident serving of post-hardcore. It harkens back to a period that's been somewhat lost in the pop-cultural fog when we used "emo" to describe post-Dischord, Hüsker Dü influenced bands like Hot Water Music and Small Brown Bike. Before the then-gritty punk-subgenre fell into that gaping vortex of marketable adolescent angst that opened up between the Orange Julius and Payless.

There's a case to be made, though, that Somersaulter's aggressive failure at self-promotion has indeed created a few unnecessary hurdles.

Take the title track to Music To Talk Over. It's gloriously riffy, with lead guitarist Taylor Barrow delivering a searing guilty-pleasure lick over a danceable groove held down by drummer Geoff Parent and bassist Conor Byrne. Rhythm guitarist Mac Cameron adds duelling layers of noise to the mix. There's a moment where the distortion kicks in over the lead guitar that's the most satisfyingly crunchy thing you'll hear all week. The song's also entirely, stubbornly, instrumental.

You can hear the hypothetical PR person screaming "how the hell am I supposed to sell this?"

The 2 minute 59 pop single this is not. When Byrne and Cameron do sing on the record's three other tracks, they're pretty good! The case for building a marketing push around propulsive, sincere numbers like "Pauly," "Sincerity," or "Model Citizen" seems pretty solid. Of course, Somersaulter isn't going to hire that PR person, so whatever.

Somersaulter will release their "Music To Talk Over" single today, Friday April 13, at Bandcamp along with a pre-order for the full EP. The ill portend of this particular calendar date fully acknowledged and dutifully ignored.