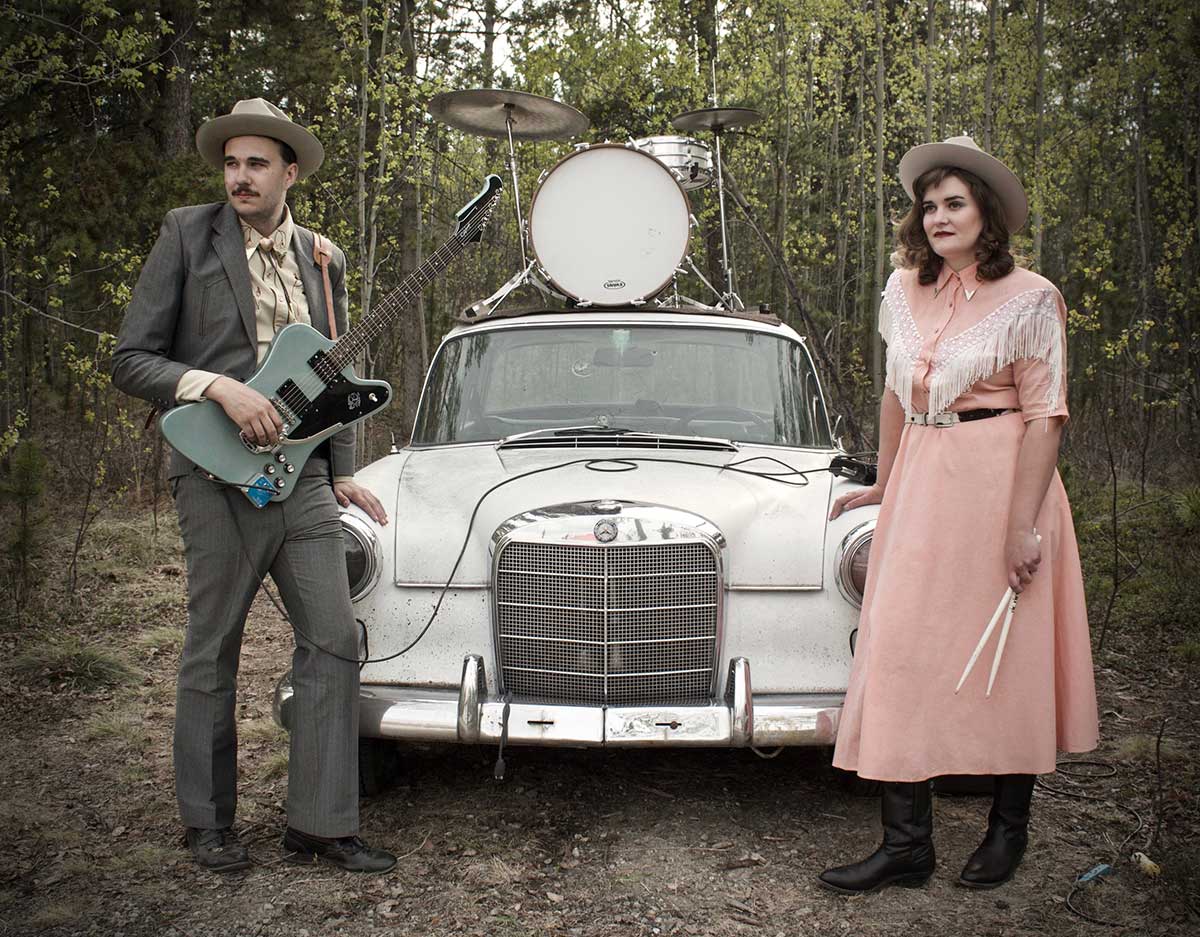 The Beneath The Broadcast project aims to document sights and sounds created by musicians based in the Yukon territory. The effort brought together artists from an array of genres, from folk to soul, from hip-hop to alt-rock, to play unique, intimate sets in the cavernous basement of the CBC North headquarters. Local acts taking part included Jona Barr, The Sputnik Experiment, Paris Pick, Cryptozoologists, Calla Kinglit, LOCAL BOY, Soda Pony, Groan Boy, and a curiously unorthodox duo dubbed The Sweeties.

Hailing from Whitehorse, The Sweeties are one of those bands that, by the singleminded audacity of their musical output, are fully permitted to invent their own genre. In this case, it's sacred harp doom rock. The group plucks songs from The Sacred Harp songbook, a tome from 1844 that collects country parlour tunes and traditional spirituals. These are old songs, compiled in New England by Protestant Christians and popularized in the American south as part of the revival movement over a century ago.

The Sweeties take this unlikely source material use it to craft one hell of a racket. They flesh out the a cappella bones of these songs with blisteringly heavy guitar riffs, thundering caveman drums, and some impassioned wailing of a sort you'd never quite hear in those old church halls. They compound this warped anachronism with some vintage country stage dress straight from the (19)70s.

The Sweeties is the newest musical project from the Patrick Hamilton and Fiona McTaggart. The couple's been playing together for over a decade, with this latest venture stemming from their shared love of old-time bluegrass (and a mischievous sense of rock'n'roll abandon). Here they are, deep the basement of CBC North, with "Antioch":

Beneath The Broadcast screened in Whitehorse on April 29, and now lives on as both a feature-length film and as nine performance videos featuring each act.

The project was a collaboration between the Yukon-based organizations Something Shows, Big Boat Records and local filmmaker Brendan Preston.