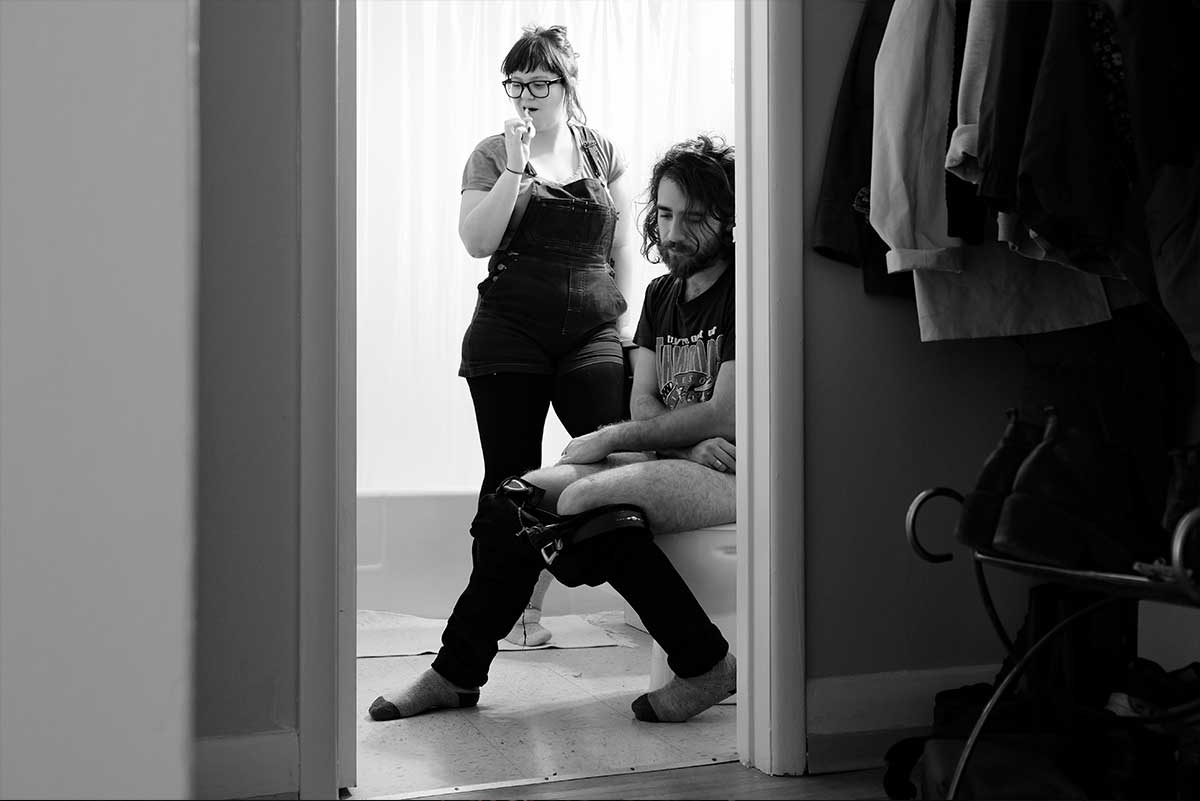 Valentines Day is nigh, and this year brings not just the usual Hallmark trappings but the release of homewrecker, a collaborative EP pairing Bailee Woods' Winnipeg-based indie-pop act Housepanther and Wrecker, the solo songwriting project of Jory Strachan. Strachan has roots in the Winnipeg post-punk band 1971 and most recently made noise as part of the rootsy indie rock outfit R U S T O W L. While he now calls Montreal home, his ties to The Peg and it's music community remain strong.

Billed as "a collection of songs and stories dedicated to the theme of infidelity," homewrecker finds Woods and Strachan working together on five new tracks. They're not as entwined as traditional bandmates, but also not untouched by the other's sensibilities. Each songwriter brings a pair of new songs to the table, while a fifth jointly written work caps the set. I asked Jory about his experience putting the project together, specifically his process working together Woods:

"Collaborating with Bailee was such an easy going process. We would send each other parts of songs and ideas periodically throughout the summer while I was out west in the middle of nowhere, whenever I'd have service or internet. Did that for a while before anything else... We recorded it in Winnipeg while I was visiting in October with our friend Liam Duncan and it was by far the smoothest recording process I've ever experienced. Everyone on the same page and we just had fun with it."

"Passenger Party," is one of Wrecker's contributions, a cool and collected road song with an acoustic groove you can lose yourself in. Jory commented:

"Passenger Party is life in the backseat. The way life passes you by like trees on the side of the highway, powerless to the whims of time, events passively fading into the distance. Outstanding or banal all fade into memory."

Here's the video, shot by Jory on the "darkest and the brightest" streets of Montreal and edited by Bailee, itself as much a collective effort as the music on homewrecker.

homewrecker arrives with flowers and chocolate this Wednesday from Winnipeg's Transistor 66 and Victoria's Toksa Tapes. That same night the band will play a release show at Winnipeg cocktail bar Forth with support from local friends Baseball Hero and Ciel. They'll then take the new songs on the road, with dates scheduled in Ontario and Quebec through the 24th.

If you missed it earlier, Housepanther has a video up for one of her contributions as well, a beautifully melancholy pop song titled "17% Wine":